previous post: The Ultimate Car Comparison: A Look At The Best Cars (And The Worst) Of 2013-2014
next post: Proof Of Insurance At Your Fingertips 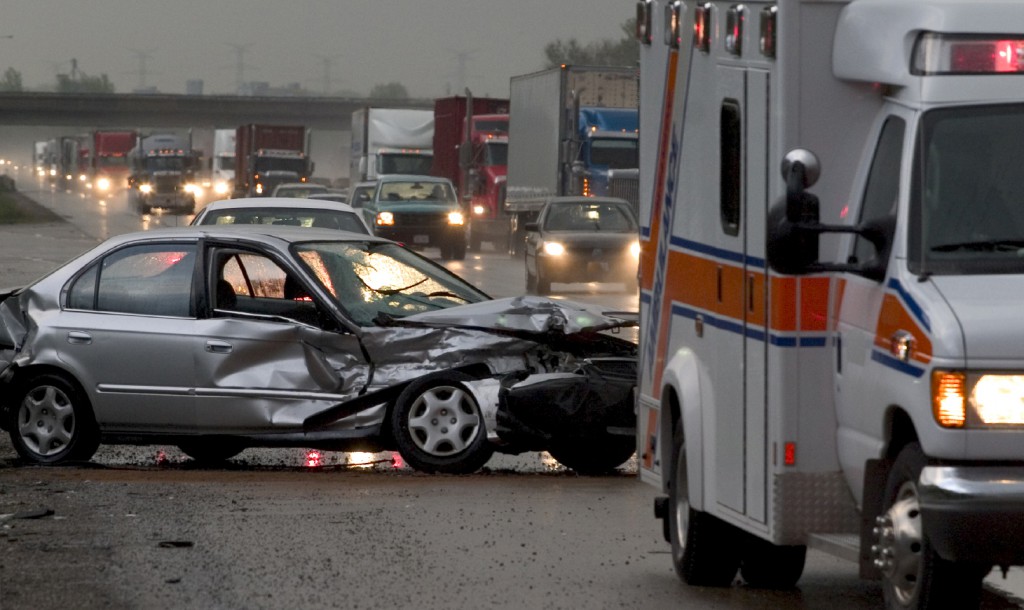 The most recent U.S. census found that over 10 million car accidents take place on our roadways every year. Although this number has decreased since the year 2000, 10 million is still shockingly high. So what can we do to prevent some of these crashes? And what causes accidents in the first place?  Some factors are out of our control, but some others are not. Being aware of the most common causes of car accidents can help you be a more defensive driver. And doing your part to prevent crashes is a huge step toward making the roads safer for everyone. 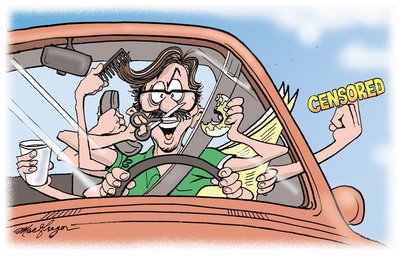 We’ve all seen the commercials, a teen is texting while driving, looks up, and crashes into a small child, an oncoming vehicle, or someone else that tugs at the heartstrings. These commercials may be dramatic, but they’re not too far from the truth. Distractions of all kinds, not just cell phone use, are a major culprit when it comes to car accidents.

According to the census, over 30,000 people are killed by distracted drivers every year. Believe it or not, almost anything can be considered distracted driving, as the term includes anything that takes a driver’s hands off the wheel, or their attention away from the task at hand. This includes “rubbernecking” at another accident, looking at scenery, passenger influence, loud music, among others.  Cell phone use, as of late, seems to be the most common distraction, but there are other dangerous activities and conditions you need to avoid when driving. AAA calculated that between 5 and 25% of accidents are caused by distracted driving. 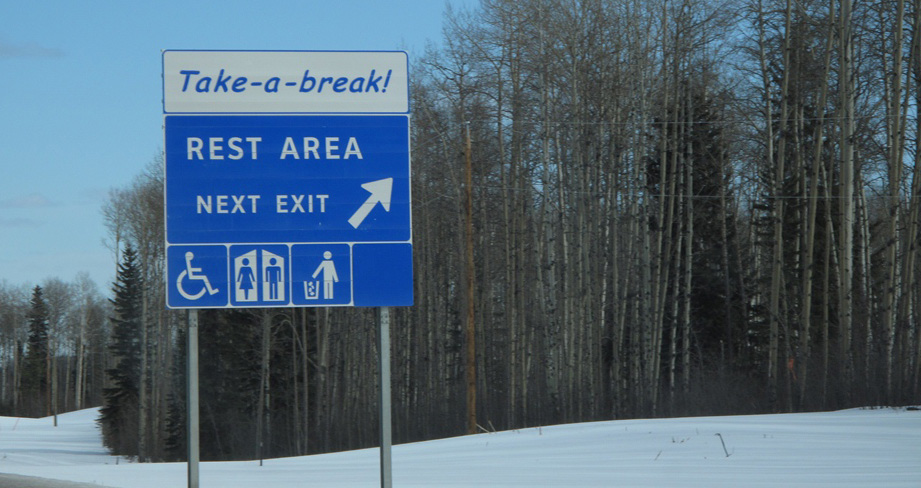 You don’t have to physically fall asleep at the wheel to be considered a fatigued driver. Any time you feel drowsy, struggle to keep your eyes open, or if you feel dizzy, you should not get behind the wheel. Reaction time and depth perception can be affected by a tired mind and body, so it’s vital to your own safety (and for those around you) that you only get behind the wheel if you’re fully alert. AAA recommends drivers shift their eyes to the side mirrors, rear-view mirror, and then ahead again every 10-15 seconds. If you feel yourself drifting to sleep or experience any symptoms of fatigue, you should pull off to the side of the road safely, or into a rest area to snooze. 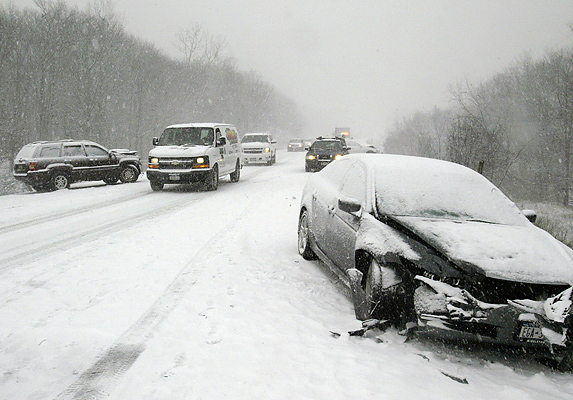 It should be common sense to slow down if there is snow, ice, fog or rain on the road, but not all drivers heed this warning. Many believe that if they have the best tires, or four-wheel-drive, that their car will be fine no matter what the conditions are. This is not true, and the false sense of security leads to over 7,000 people to be killed in weather related crashes every year. It doesn’t have to be a full-on blizzard to be dangerous either. According to the U.S. Department of Transportation, 75% of all weather related crashes are simply due to wet pavement.

The DOT warns that rain can wash up oil and other slick liquids from the cracks in the pavement. This causes vehicles to slide and brakes to be useless. Hydroplaning is also a problem. It takes place when a layer of water builds between the tire and the road surface; causing the car to lose traction. Hydroplaning can happen with any vehicle, and any tire. It also doesn’t take much water. For some cars just 1/10 of an inch of water on the road can cause a car to hydroplane. Common sense preventative tip: slow down when the road is wet. 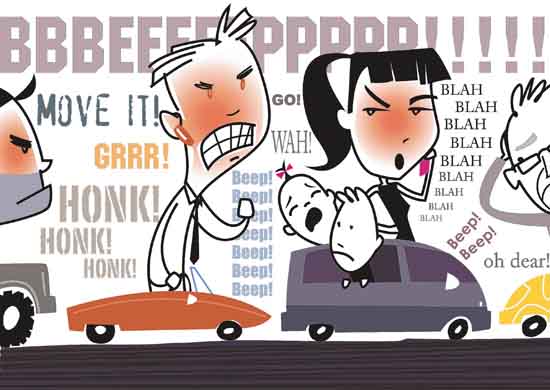 No matter where you drive, cruising down back country roads or puttering along on city streets, someone out there always seems to have road rage. Angry drivers can become reckless, and may cause accidents because their judgment is impaired by emotion. Flipping someone the bird takes their attention off of the road, and we already know that distraction is a major cause of car accidents. But road rage also includes intentionally dangerous driving acts, such as braking suddenly in front of another car, tailgating, and even trying to tap the other driver’s bumper (yes, some people do this).

If you find yourself in a situation involving road rage (by another driver), it is important not to respond with aggression of your own. And if possible, try to remove yourself from the area surrounding the other vehicle (slow down and let them pass, change lanes, turn down another road, etc.) Do not pull over or attempt to make contact with the other driver, as you don’t know what danger they may cause you. If you must stop, and the angry driver pursues you, pull into the parking lot of a police station or another busy area where other people are around you. 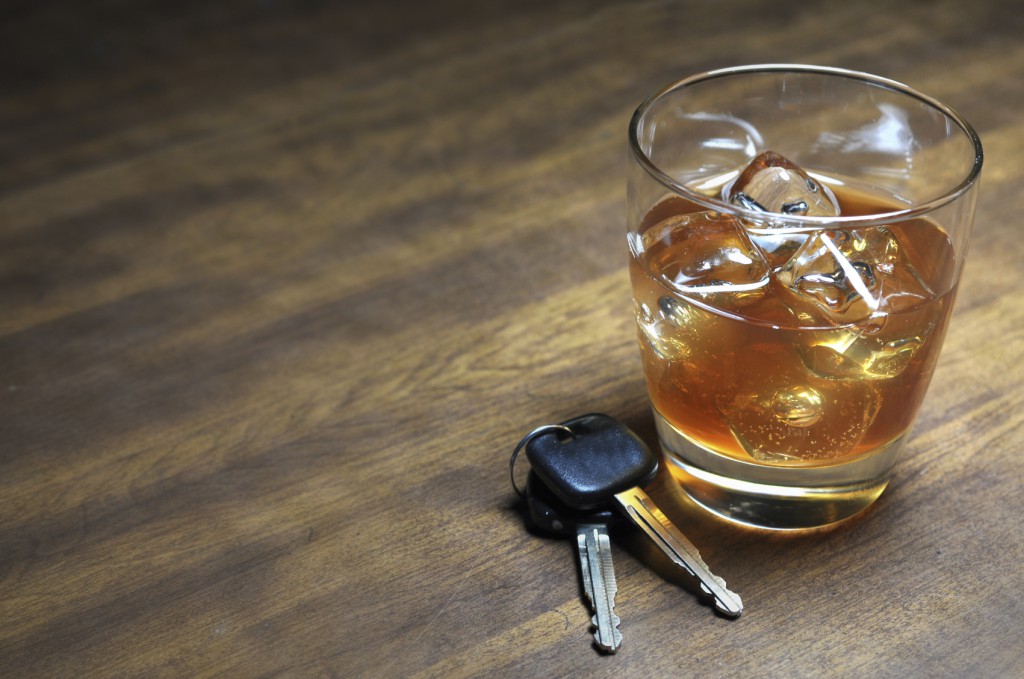 According to the U.S. Department of Transportation, every year more than 1,600 people are killed in accidents involving a person whose blood alcohol content (BAC) was under .08. Even if you haven’t hit the legal limit, your vision and reaction time could still be compromised. Buzzed driving is just as dangerous as drunk driving, so think twice before you get behind the wheel. Are you really fine?

It’s no secret that the more you drink, the higher your BAC level. And the higher your blood alcohol content is, the more your reaction time, coordination, and depth perception take a nose dive. In 2011, it was reported that 21% of all car accident fatalities occurred from crashes involving a driver with a BAC of over .08. That’s more than one-fifth of all accident-related deaths – all of which could have been prevented if the impaired driver had stayed off the road.

Driving drunk or under the influence of drugs can lead to accidents, jail time, large fines, mandatory community service, and much worse. If you’ve had too much, call a cab. Going out with a group? Designate a sober driver for the night (or day!) before leaving.

Knowing the most common causes of car crashes can help keep your driving behavior in check. No matter how safe we are, we cannot control the circumstances around us, so accidents do happen (make sure you’re covered just in case!). Don’t fear the road, but don’t neglect your personal responsibility either. Practicing defensive driving habits, heeding weather warnings, and staying calm, alert, and focused can go a long way.